Authors & Composers at the forefront of discussions

Creators from all over Europe - including composers, songwriters, filmmakers, poets and visual artists - will be at the forefront of debates concerning the future of Europe’s creative and cultural sector at the inaugural Meet The Authors forum on September 24th.
21. september 2014

The invite-only event, which aims to introduce key European policy-makers first-hand to the diversity of Europe’s creative sector, will involve an afternoon of high-level debates before an evening reception with a performance by the acclaimed pan-European pop-rock band Puggy.

Noted creators who will speak, include:

Simon Darlow (UK) - Chairman of BASCA, Deputy Chairman of PRS for Music and hit-writing composer for artists including Grace Jones. Simon has also written for more than 150 TV shows, including Top Gear, X Factor and the Premier League Anthem.

Hervé Di Rosa (France) - the visual artist, painter and Chair of CIAGP - whose work has been widely exhibited around the world. As well as co-founding the “Free Figuration” movement, Herve is a passionate champion of authors’ societies and authors’ rights.

Lorenzo Ferrero (Italy) - the most successful Italian opera composer of his generation, Lorenzo is also the Chair of CIAM and manager of events including the Puccini Festival and Arena di Verona Festival.

Luis Ivars (Spain) - a composer of more than 50 soundtracks for film and TV (including Tabarka and Sagitario), Luis is also a board member of ESCA and Vice-President of FFACE and Honorary Chairman of Musimagen.

Alfons Karabuda (Sweden) - an acclaimed musical composer for TV, radio, stage and screen, Alfons was re-elected President of ESCA in 2013 and is a UN Human Rights’ Council Expert in the fields of Artistic Freedom, Freedom of Expression and Authors’ Rights.

Michael Price (UK) - the BAFTA and EMMY nominated composer, whose diverse work spans film and TV programmes including Casino Royale, Sherlock, The Inbetweeners Movie and Band of Brothers. Michael is also an acclaimed music editor for films including Peter Jackson’s Lord of the Rings trilogy.

Enjott Schneider (Germany) - the EMMY winning composer has written more than 1000 soundtracks for major films including Stalingrad, 23 and Armageddon. Enjott is also Chairman of GEMA’s supervisory board and is also professor for film music composition at Munich’s University of Music and Performing Arts.

Miss Tic (France) - the widely-exhibited visual artist and poet, best-known for her street art and commissioned by brands including Longchamp and Louis Vuitton.

Miroslav Žbirka (Slovakia) - Perennially popular in Slovakia and the Czech Republic, Miro’s pop music career began in the 1970s. Since his breakthrough album Sezónne lásky in 1982 he released more than 20 solo albums and received countless music awards and prizes, including SOZA´s Grand Prix Award for Lifetime Achievement in 2012.

In total, the event will feature more than 30 speakers.

In addition to key political figures, the authors will be joined by representatives from Europe’s leading collective management societies, including:

Anders Lassen (Denmark) – CEO of KODA and Vice-President of GESAC

Christophe Depreter (Belgium) – CEO of SABAM and President of GESAC

For full details of the programme, visit: www.MeetTheAuthors.eu 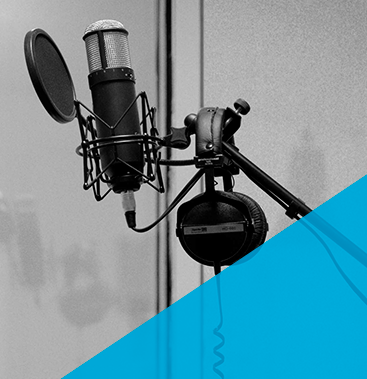