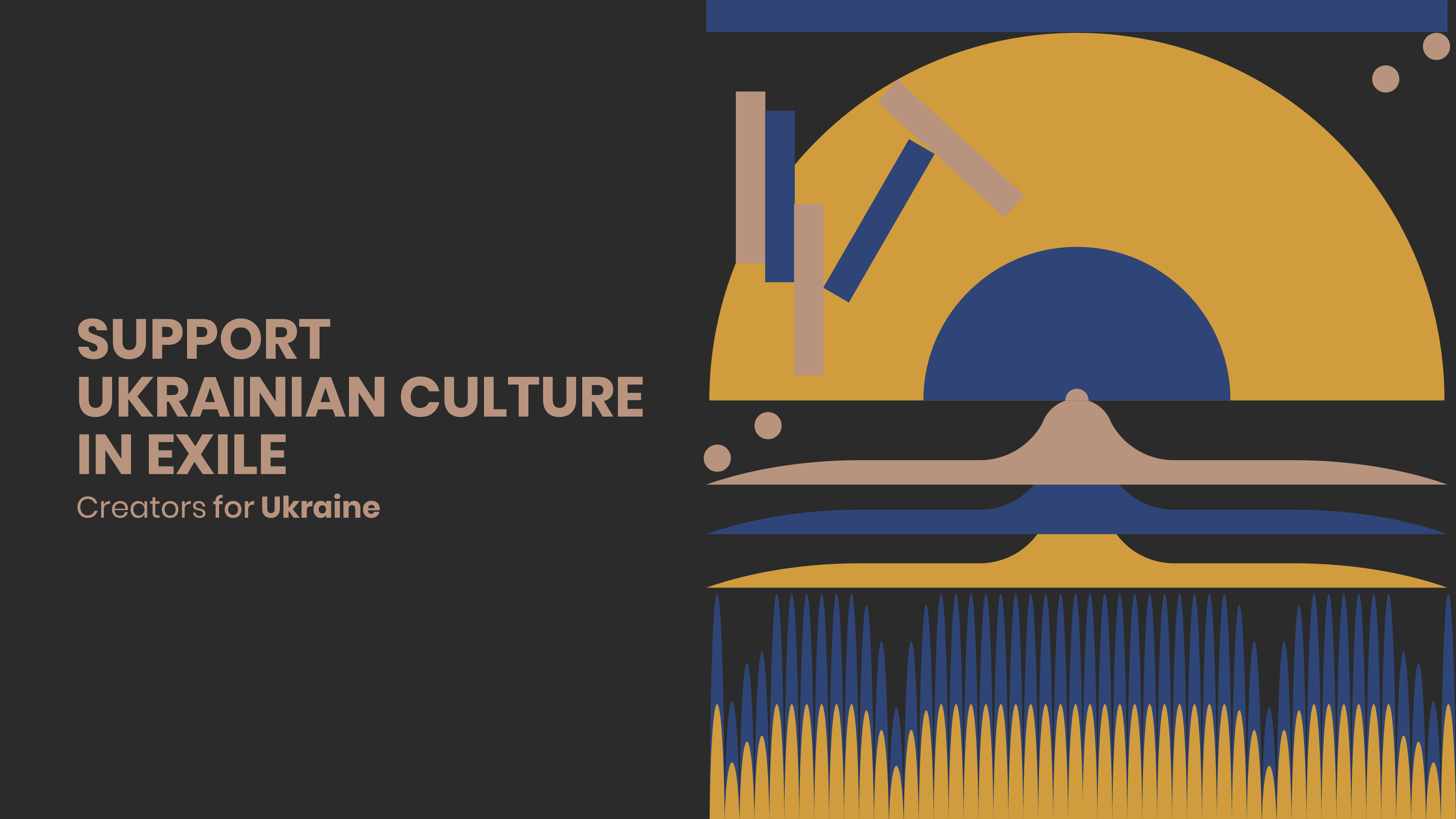 Petition with thousands of signatures has just been handed over to Ukraine’s Minister of Culture.

Thousands of authors, artists and representatives of organisations in the creative industry from 50 countries have signed a petition expressing solidarity with Ukrainian artists while urging Russia to stop its invasion. The letter has just been handed over to Ukraine's Minister of Culture.
10. June 2022

Several thousand artists from Denmark, France, Hungary, Japan, Mexico, Spain and the USA have so far added their signature to an open letter expressing support for the Ukrainian people and the Ukrainian artists. The letter has just been handed over to Ukraine's Minister of Culture, Oleksandr Vladyslavovych Tkachenko, and Koda's global umbrella organisation, CISAC, which initiated the petition, will also send the letter to a number of other ministers of culture in the coming days.

The letter is part of the ‘Creators for Ukraine’ initiative, which also includes a foundation that has so far received 1.2 million euros in donations from, among others, a number of European social rights management societies, including Koda. The donations go towards a range of purposes, such as supporting Ukrainian music creators in various ways.

The letter and the signatures, which have been handed over by CISAC president and ABBA co-founder Björn Ulvaeus, as well as CISAC Director General Gadi Oron, call on Russia to:

’cease its killing of innocent civilians, its destruction of towns and cities, its assault on freedom and democracy, its violation of human rights, and its attack on culture’.

‘The “Creators for Ukraine” initiative […] demonstrates a remarkable power of unity and gives us confidence that we are not alone in our plight. We are part of the international authors' family and when we are together - we are able to find an understanding among the equal and free, and despite the bloody aggression of the northern neighbor, we remain motivated not by destruction but by a thirst for life, a desire to create and change this world for the better.’

The petition remains open, and artists everywhere are encouraged to add their signature to the open letter.

Latest news
01. February 2023
Koda signs agreement for new technological platform
Koda has signed an agreement with the Irish software company Spanish Point Technologies, which will be responsible for future-proofing Koda’s business-critical IT systems. These systems are used for processing music reports and distributing rights payments to composers, songwriters, and music publishers.
25. January 2023
New partnership to promote a sustainable music scene
The music industry lags behind when it comes to addressing sustainability and contributing to the changes required to curb the climate crisis and the pressure on social sustainability. Now is the time for collective action, which is why a number of enterprises and organisations are launching the ‘Partnership for Sustainable Development in Music’ as well as introducing the ‘Code of Conduct for Equal Access in Music’.