Are you allowed to publish a cover version without permission? And when does inspiration become plagiarism? Copyright is full of grey areas, says Jens Bruno Hansen, who has advised Koda's members on rights issues for three decades.
05. October 2020

So went a message posted on CH10’s Facebook page a few days after this year’s finale of the Danish version of the X Factor show.

The problem was that no-one had told Chio Dyrlund that the song would not only be performed on TV, but also released. That was the thing that made her take to social media. Could this be legitimate? Could someone release a cover of her song without prior permission?

The story was picked up by several media outlets, and on Facebook the comment section blew up. Many of the comments claimed that this was an infringement of copyright and that Chio Dyrlund ought to demand compensation. The discussions raged back and forth, and along the way, Koda was contacted as well.

The main question was: what are the rules for this sort of thing?

The answer is not that simple, though. On the one hand, you are in fact allowed to publish a cover version without asking the author/rightsholder for permission. Of course, it would be polite to ask first, but as long as you remember to credit the composer, there are no legal problems. On the other hand, you need to obtain permission if you make significant changes to the original composition. The question is, then, what can and cannot be regarded as a ‘significant change’? 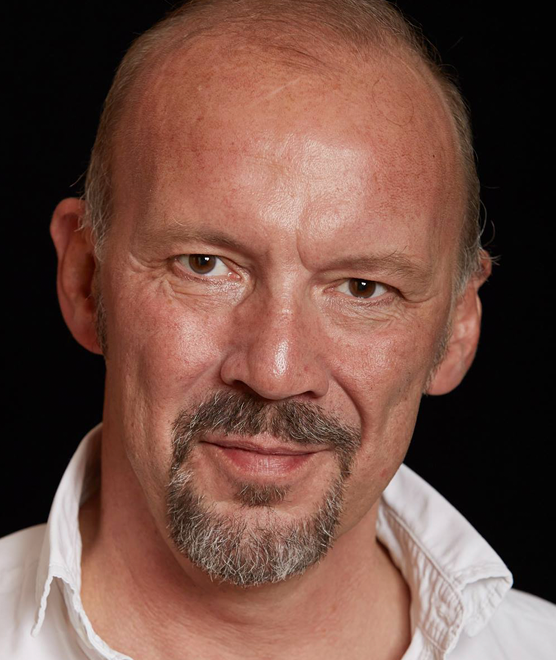 In the interview series INSIDE Koda, we give the floor to some of Koda’s experts – the ones who know the most about what’s going on in the rights industry and what drives Koda’s business.

In this instalment, we talk to Koda's music advisor, Jens Bruno Hansen, about copyright and the fine line between inspiration and plagiarism.

Navigating musical rights issues can be difficult. There are often strong emotions involved, and many rumours and myths abound about what you can and can’t do.

So says Koda music advisor Jens Bruno Hansen, who has worked with rights disputes at Koda since 1991.

Acting in collaboration with Koda, he offers advice, mediation and professional assessments in connection with rights disputes among Koda’s members. In the case of Chio Dyrlund and X Factor, however, the parties managed to find a solution without formally involving Koda.

Jens Bruno Hansen says that inquiries about the borderland between a cover and an adaptation/arrangement – or even wrongful appropriation – are relatively frequent.

‘There are a lot of grey areas there,’ he says.

Scored music – or what Jens Bruno Hansen calls the artificial repertoire – is particularly sensitive to even small changes. Conversely, the popular repertoire – such as works that appear in the Danish Folk High School songbook – are more robust in terms of the scope of interpretation allowed, he says.

‘But I usually say that you have to be careful not to make a version where listeners might no longer be sure what the work is really like; what its basic essence is. If you make a version where, for example, you leave out the fourth verse or add a new part C, people may suddenly think that this is what the original work is like. Similarly, you can’t change distinctive words or the melody of a song,’ says Jens Bruno Hansen, adding that this is largely something that the parties involved regulate themselves:

‘Considering the sheer number of cover versions released, how different they are in terms of adaptation and production characteristics, and how few disputes actually get filtered through Koda, we’ve seen that this sort of thing generally goes smoothly,’ says Jens Bruno Hansen, who only remembers two cases from the last 20 years.

Koda can offer advice in these cases, but cannot grant permission to make changes, and if you have any doubts whatsoever, always ask the author for permission. Ultimately, it is up to the courts to decide whether each individual case is a cover version or non-declared and thus illegal adaptation.

When Koda receives inquiries about plagiarism that result in actual rights disputes, these almost always involve music in commercials.

‘Those kinds of cases are definitely the most problematic, and they typically occur when a composer is asked – usually by an advertising agency – to compose a ‘sound alike’; that is, a piece of music which approximates another piece as closely as possible without being identical. Usually because the advertising agency has either not been able to clear the original composition with its author, or quite simply because they could not afford it. It’s a problematic practice to get into,’ says Jens Bruno Hansen.

If you are a composer and suspect that someone has made a ‘sound alike’ of your work, Koda offers a range of initiatives to help you. First of all, the composer can come to a fact-review meeting where the rules within the field are reviewed. If it turns out that there are grounds for legal action, Koda can then block all revenue distributions for the relevant track until the case is resolved.

That kind of thing can get very messy

The next step may be to set up meetings between the parties, paving the way for a dialogue, and if no solution is reached this way, you can get Koda’s music committee to make an assessment of whether there is plagiarism involved.

The assessment is undertaken by means of a so-called statistical parameter analysis where the two works are compared on the basis of seven music parameters: Melody, harmony, rhythm, time signature, instrumentation, form and lyrics. The more similarities we find, the greater the probability that there is plagiarism involved.

Next, the committee assesses whether the similarities fall under the heading of what Jens Bruno Hansen calls ‘coincidence’.

‘If the similarities involve aspects that are so commonplace or banal that you can easily imagine several different authors doing the same thing independently of each other, then they are unlikely to be protected by copyright law. Examples might include a 16-bar blues, a closed cadence, a timpani – elements that are so general that no-one can really be said to have exclusive rights to them’.

Do you need permission?

Koda's assessments are not legally binding. But they can give the parties involved in a dispute an indication of how the case will be assessed if it ends up in court.

‘These cases involving ‘sound alike’ music in commercials are extremely sensitive. And in the vast majority of cases, they end with a settlement where the composer often receives several hundred thousand kroner as compensation in exchange for the case being closed and not made public’.

One of the few rights disputes to actually end up in a Danish court dates back to 2011. This particular case did not involve ‘sound alike’ music in commercials,  but the illegal use of a sample. In an historic verdict, the DJ duo Djuma Soundsystem were fined DKK 747,183 because they forgot to credit and ask for permission when sampling the Danish-Turkish percussionist Atilla Engin's 'Turkish Delight' back in 2003.

You could realistically lose your home

‘This is the most serious case that has ended up in a court of law in recent years, and I still use it as a worst-case scenario when I sense that people are taking these things a little too lightly. You don’t just get a DKK 500 fine. You might actually lose your home,’ says Jens Bruno Hansen and continues:

‘We do what we can to steer our members clear of such serious case. Fortunately, the number of  actual lawsuits have been relatively few, so we have reason to hope that some of the advice we offer actually works. ”

With this series of interviews, we address aspects of Koda's work that we think our members should know about. Some topics are chosen because they reflect recurring themes and questions in the many emails and calls we receive every day from members. We are also happy to pick up specific subjects on request. Therefore, if there something you would like us to delve into, and which you think will be relevant to our members, we would love to hear from you.