The majority of all Danes believe that it is only fair that music creators receive payment when their music is used and performed in public. A new study reveals widespread sympathy for Koda’s main objective.

In 2016 Koda turned ninety. The celebrations included a campaign called ‘The Power of Music’ (‘Musikkens Kraft’), which is intended to raise awareness of the objectives that Koda works towards – and why we do it. At the same time, Koda commissioned YouGov to undertake a major research study on the Danish population’s awareness of Koda and their attitudes towards music copyright.

The study shows that the Danes generally agree that composers and songwriters should receive royalties when their music is used in public. The study presented a range of statements that respondents ranked in terms of their level of agreement (disagree/agree), thereby indicating to what extent they believed that payments to music creators are reasonable. On a scale from -100 (completely disagree) to +100 (completely agree) the total average ended up at a score of no less than +63.

Support is crucial at this point

The study shows widespread sympathy and support for Koda’s core task, which is to ensure that authors receive payment when their music is used and generates value in public settings. Such support is particularly crucial to rightsholders at this point in time where a large part of the general music consumption in society is conducted via digital services that pay either very little or nothing at all for music content even though that content is instrumental in driving their traffic and business.

”At Koda we sell access to a product that no-one wants to do without, for music is all about emotions and community. But for those who create it, music is also their livelihood – it’s a business, and the new digital modes of distribution have made it harder for many, many of our members to keep that business going at a reasonable level. It is encouraging to see that there is widespread support for our continued struggle to ensure that music creators receive reasonable fees, contributing to ensuring a strong and diverse music scene for many years to come,” says managing director of Koda, Anders Lassen.

The study has also taken a closer look at the Danes’ awareness of the work that Koda does and their attitude towards music rights. It shows that the more the respondents know about who pays what to Koda and why, the greater their sympathy with the music copyright struggle.

“It is interesting to see that the respondents’ level of sympathy with music rights management is directly linked to their knowledge of Koda’s work – the more they know, the more positive they are. This tells us that Koda’s work is important in terms of promoting the general willingness to pay, and that rightsholders can tap into a huge potential by raising awareness of Koda’s work even further,” says Anders Lassen.

Koda’s  ‘The Power of Music’ campaign will continue in 2017. 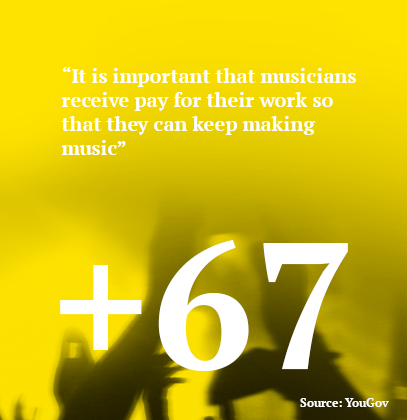 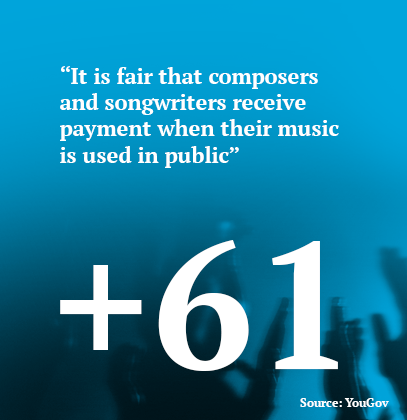 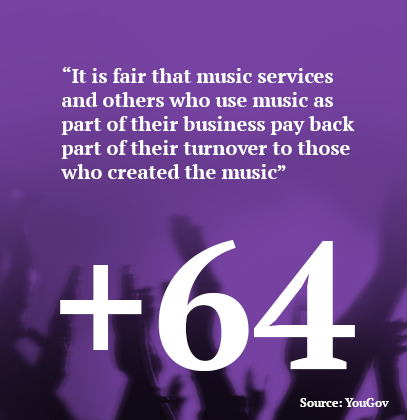