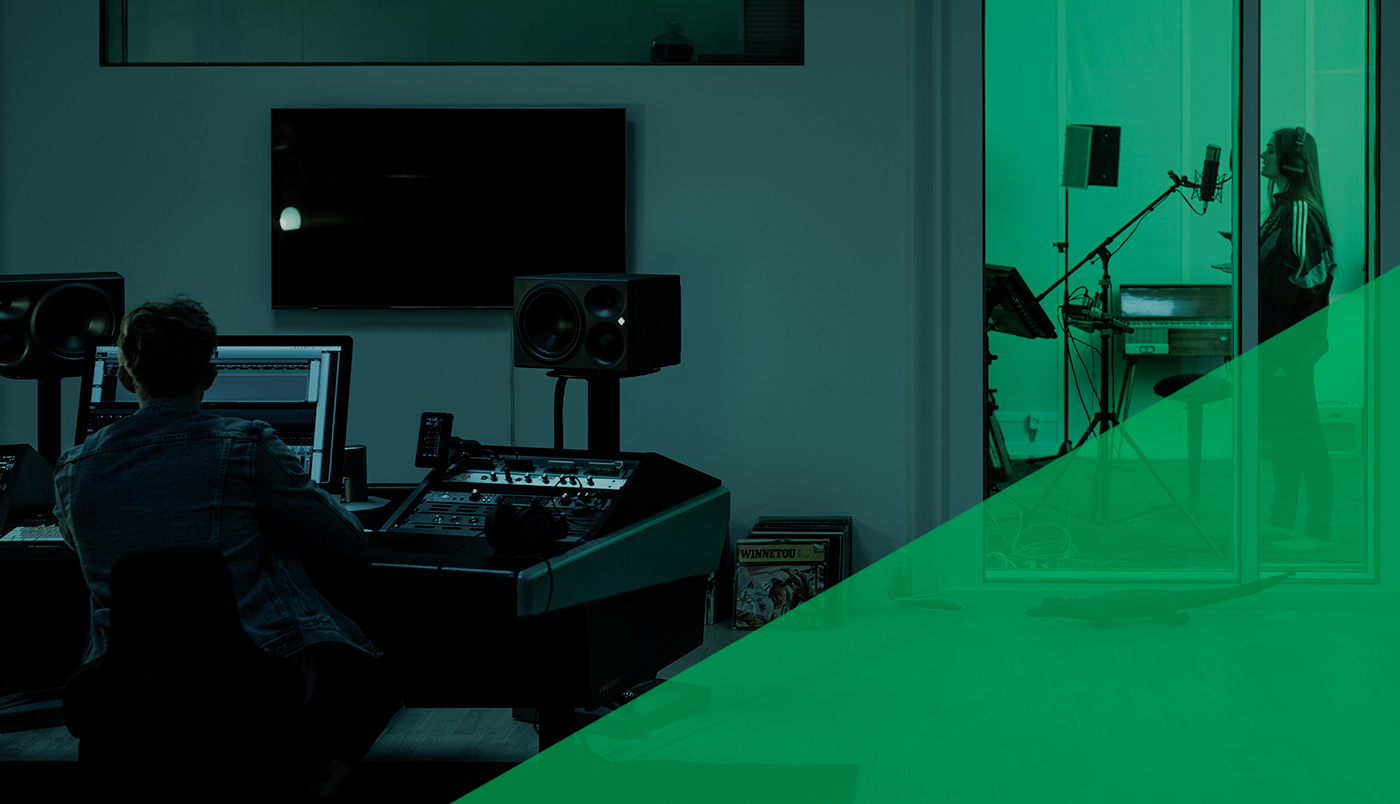 "While publishers account for just a small part of our membership, their contributions add great value and tip the scales"

The music publishing industry in Denmark has seen rapid development over the past decade, and this has made publishing a special focus area for Koda, says Andreas Rasmus Nielsen, who’s in charge of Koda’s publisher members.
10. December 2021

‘The way publishers work with songwriters can be compared how the record companies work with the performing artists. For example, a publisher may help manage your works, helping you to reach the next level and create more value for your works. In other words, they can help with the kind of tasks that can be difficult to attend to yourself if you also want time to actually create music.’

This is how Andreas Rasmus Nielsen explains the role and function of music publishers. And he knows what he’s talking about. For the past five years he has been Key Account Director at Koda, responsible for handling Koda’s publishing members.

‘My role is to be a bridge between the publishers and Koda and to make sure that the publishers get the service and the answers they need. Furthermore, we need the publisher's input as it is is important for Koda to develop and change in line with changing market needs so that we remain competitive and can attract new publisher members.’

Music publishers have always been an important part of Koda's business, and when Andreas Rasmus Nielsen was brought on board, Koda launched a dedicated unit specifically targeted at publishers. At the time, a major study showed that music publishers had some specific needs that Koda did not cover. Hence, there was an urgent need for increasing focus on the area.

‘Although the publishers only account for just over one percent of our total membership, they represent an enormous number of songwriters. In fact, more than thirty per cent of all distributions to Koda members go to publishers. So even though they make up small fraction of our membership in numbers, they are very prominent in terms of value. Essentially, my job has been to find out how Koda can make the publishers happy. How we can meet their needs and be proactive, spearheading developments than simply tagging along.’

In our interview series ‘INSIDE Koda’, we talk to people in Koda who know a great deal about what’s going on in the rights industry and what drives Koda’s business forward.

This time we talk to Key Account Director Andreas Rasmus Nielsen, who is responsible for Koda's publisher members. We speak about music publishing and about why publishers are a special, dedicated focus area for Koda. Among other things, we dive into how working with publishers differs from general member service and explore the reasons why the Danish publishing industry has seen such rapid development.

Danish publishing have enjoyed a revival

Andreas Rasmus Nielsen came to Koda from a position as music publisher at Crunchy Tunes, having worked with songs by major names such as Junior Senior and The Raveonettes. He relates how Koda’s increased focus on publishers speaks into a wider trend. Over the last ten years, the Danish publishing industry has seen rapid development.

‘When I began working in the industry myself, there was this general idea that we had just come out of a huge nosedive for music industry revenues due to Napster and iTunes. Everyone was still figuring out how and where to make money on music after the physical sales had more or less disappeared. At that point, many began to point to sync – that is, selling music for use in movies, commercials, games and on television. Most people, however, quickly found out that sync is a full-time job in itself, not something you can just do at the wave of a hand. It requires dedicated effort. This contributed to making the publisher’s role more visible and sharply defined for musicians and the industry as such. Now, this was suddenly where new value could be generated,’ recollects Andreas Rasmus Nielsen.

It’s about making their job as easy as possible

‘Another part of the explanation is that up through the 2010s Denmark began to have more songwriters who did well internationally. And that requires having partners out in the world. With this came a growing interest in doing something outside of Denmark, too. For example, the entire Lukas Graham team is not just made up of performing musicians. They are also songwriters, so of course they are interested in working with their songwriting rights, as well as their master rights. I think all this helped the publishers expand their business. Also, quite simply Denmark was, and continues to this day to be, home to a lot of great publishers who were really good at thinking internationally. In that sense, I believe we can say that the publishers have seen a kind of revival – a new flourishing.’

Finally, Andreas Rasmus Nielsen also points out that the growing interest in Danish culture as such had a positive impact on the publishing industry.

‘Around this time, we had Danish cinema and TV, the Noma restaurant and new Nordic cuisine, and of course music – all of which found widespread acclaim abroad in a completely different way than before. Denmark was suddenly cool in a different way and on a different level than before. This also meant that your arguments carried greater weight when trying to convince international songwriters that they should attend a writer’s camp in Copenhagen. So the publishers have clearly grown stronger than before, and I also believe that there is now greater general understanding of what a publisher can bring to the table locally.’

But how does the working with publishers differ from servicing the majority of Koda members? One of the fundamental differences between author and publisher members concerns the amount of registered works. A songwriter rarely has more than a few hundred works in their repertoire. Publishers often have shares in hundreds of thousands of works. Some even have millions of works.

‘This means that many of the inquiries are about catalogues rather than individual works. In terms of data handling, this is enormously demanding. A large part of our work consists in creating an overview of how these huge amounts of data move. Making the data manageable and easy to access, so that songwriters and publishers alike have confidence in what we do,’ says Andreas Rasmus Nielsen and adds:

‘What often makes things even more complex is that there are many different sets of rights. The nature of the rights change depending on whether your music is played on TV, at a concert or on Spotify. In principle, you can have different agreements with different publishers concerning these different types of rights. What is more, you can also see variations from one country to the next, so these things can get enormously complex very quickly. This makes working with the publishers very technically demanding.’

It seems that Koda has more of an advisory role vis-à-vis publishers then. Why is that?

‘Precisely because the publishers represent so many works, readings and analyses of these large and often complex data sets can be quite crucial for the publishers’ strategies. But it is certainly not my job to tell companies what to do. Rather, my task is to support their business. It is about making their job as easy as possible,’ says Andreas Rasmus Nielsen.

‘Accordingly, our overall focus is on continuously developing and improving the way we work with publishers. On strengthening our processes. We want to promote greater transparency on data and knowledge and of course to continuously develop our IT services so that we can create better platforms for our members. This approach has also strengthened our relationship with our members and been crucial in our efforts to attract new publishers to Koda.’

With this series of interviews, we address aspects of Koda’s work that we think our members should know about. Some topics are chosen because they reflect recurring themes and questions in the many emails and calls we receive every day from members. We are also happy to pick up specific subjects on request. So if there something you would like us to delve into, and which you think will be relevant to several members, we would love to hear from you